In June of 1630, a fleet of 11 sailing ships arrived on the coast of Massachusetts. Led by John Winthrop aboard Arabella, the boats carried approximately 700 weary Puritans who, fleeing religious persecution in their native England, had weathered two long months at sea and were eager to settle in a new land, where they could practice their religion without fear.

Winthrop and his followers first set foot on the stony shore of what would later be known as Salem, but, finding the area short on food, soon set out for Charlestown. Alas, while Charlestown offered caloric sustenance, it lacked plentiful fresh water, and the Puritans picked up stakes yet again, this time settling around a spring that would become Boston. Winthrop announced the foundation of the town of Boston on September 7, 1630, having borrowed the name from the town of Boston in the English county of Lincolnshire, the former home of several prominent colonists. 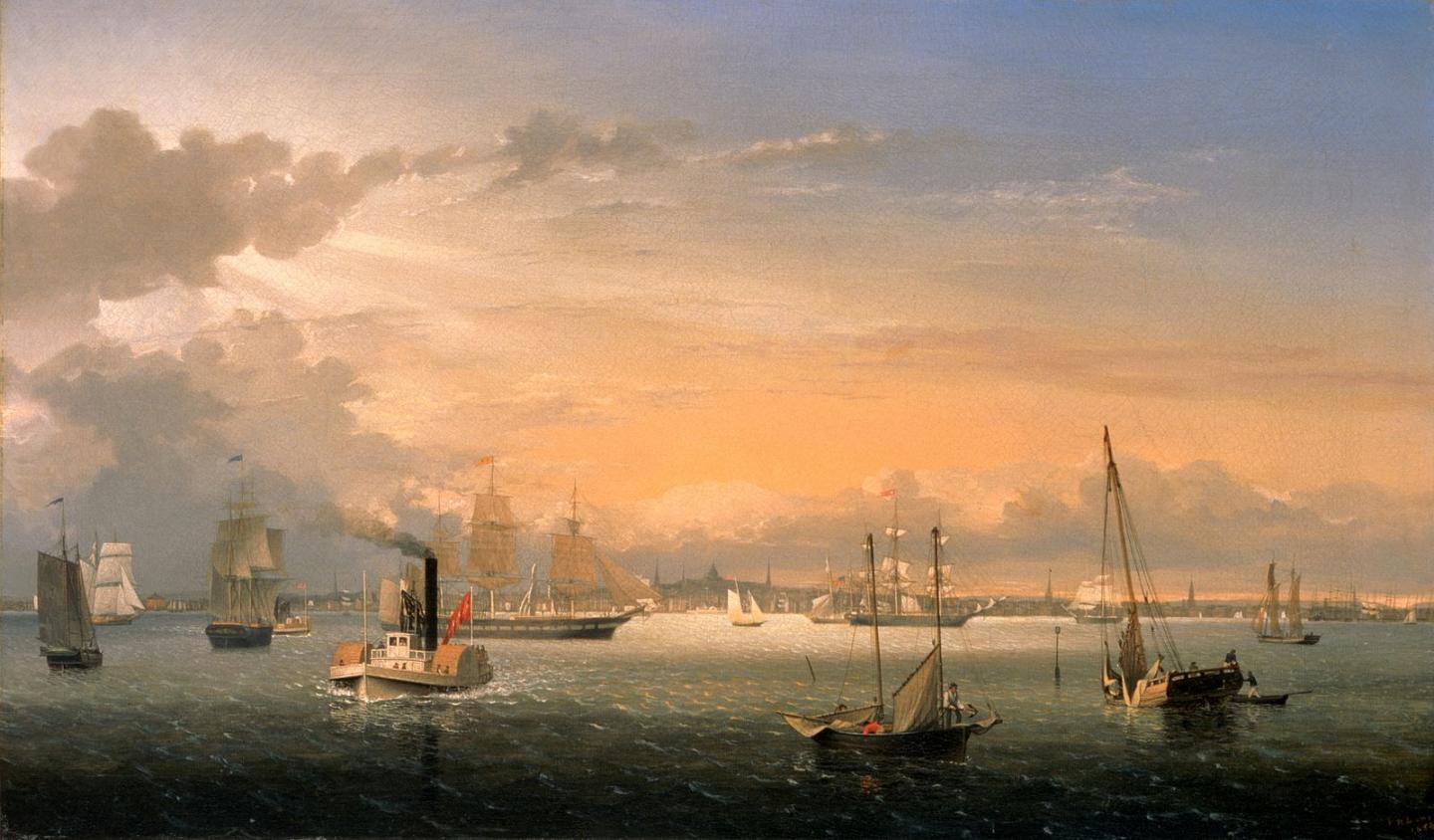 Over the next 130 or so years, the city of Boston and its inhabitants survived repeated outbreaks of smallpox, the largest earthquake ever to hit the eastern United States (no deaths were reported, but it damaged an estimated 1,300-1,600 chimneys citywide; modern studies suggest that a similar earthquake today would cause hundreds of deaths and up to $5 billion in damage), and the Great Boston Fire of 1760, which razed 349 buildings and left over 1,000 people homeless.

Against the backdrop of these hardships, Boston grew and prospered. Still, tempers were running high in the aftermath of the British Parliament’s passage of the Molasses Act of 1733, which imposed a hefty tax on molasses, a vital import for Boston’s legion of rum makers. No amount of their own product could smooth their ruffled feathers, and before long, the cry of “no taxation without representation” was heard throughout the city.

Finally, in 1765, the American colonials formally rejected the authority of the British Parliament to tax them, citing the fact that they had no representatives in that governing body. This marked the beginning of an 18-year long period known as the American Revolution, which included such defining events as the Boston Massacre, the Boston Tea Party, and, of course, the American Revolutionary War, an eight-year fight that ultimately affirmed the colonist’s independence from Great Britain and established the United States of America.

Today, Boston is a major international city, built on a spirit of independence, tremendous resilience, and a desire to embrace the future. The Greater Boston metropolitan area now boasts the sixth-largest economy in the country, and the 12th-largest in the world. Boston is also famous for its world-renowned universities, including Harvard, Massachusetts Institute of Technology, and Tufts, and for many travelers, it serves as a vibrant gateway to the beauty and culture of New England, as well as the history of our nation. And when it comes to sports, there’s no beating Boston, which hosts some of the world’s best teams in almost every league. 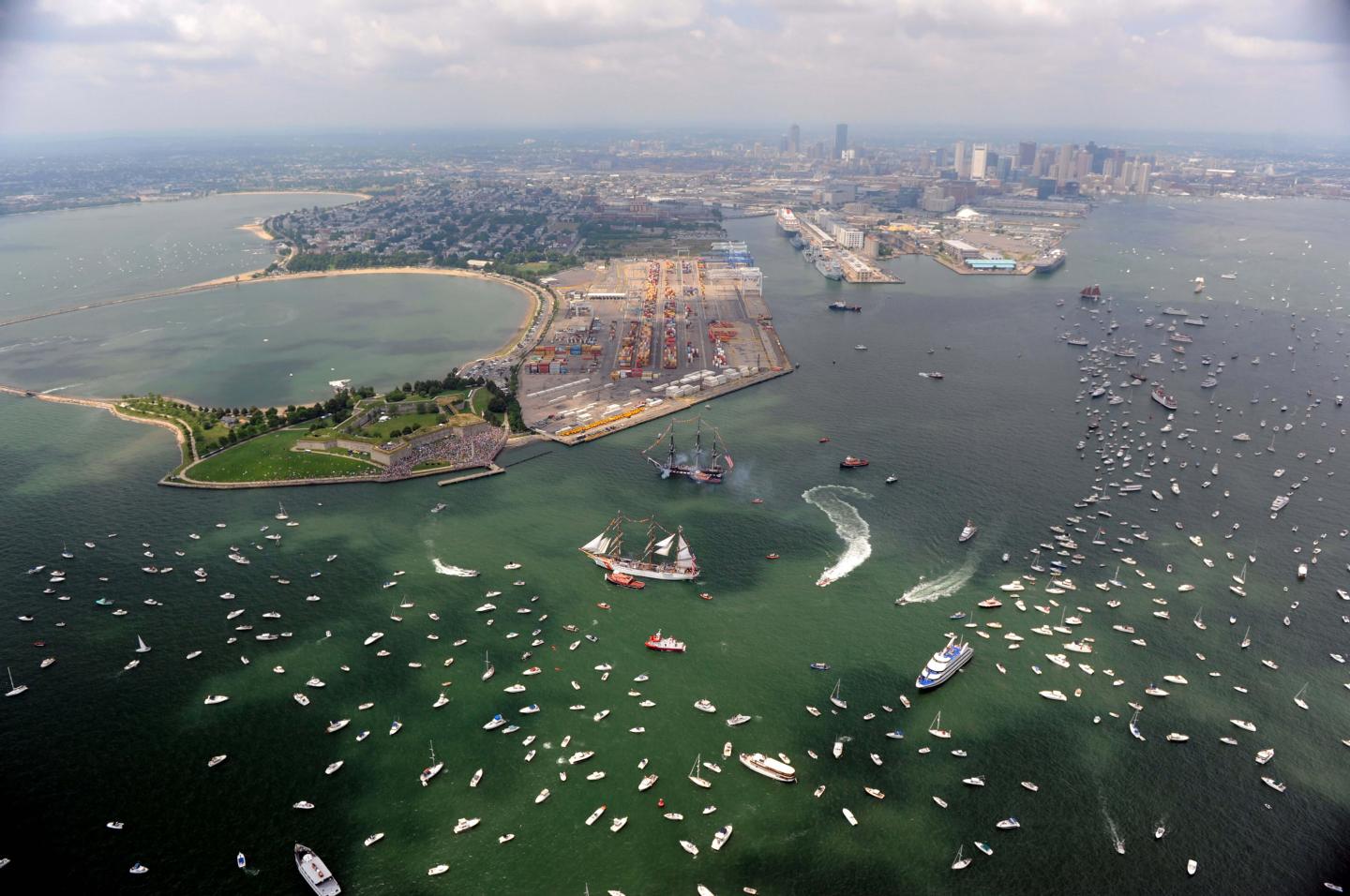 Gazing out across the glistening waters of Boston Harbor, it’s hard to imagine that this was once the dirtiest harbor in the country. But thanks to the passage of the Clean Water Act in 1972, as well as the development of beautiful, full-service marinas, Boston is now a popular destination for watercraft of all shapes and sizes, from elegantly simple pleasure boats to spectacular yachts. And with Ocean Haven’s recent investment in 300-plus foot docks, equipped with multi-phase electric service, even the largest, most well-appointed vessels will find safe, comfortable and convenient accommodations. We invite you to chart a course for Boston Harbor and discover why there’s no better way to experience everything this amazing city has to offer.